10% of All Profits are Donated to Service Dog Foundations 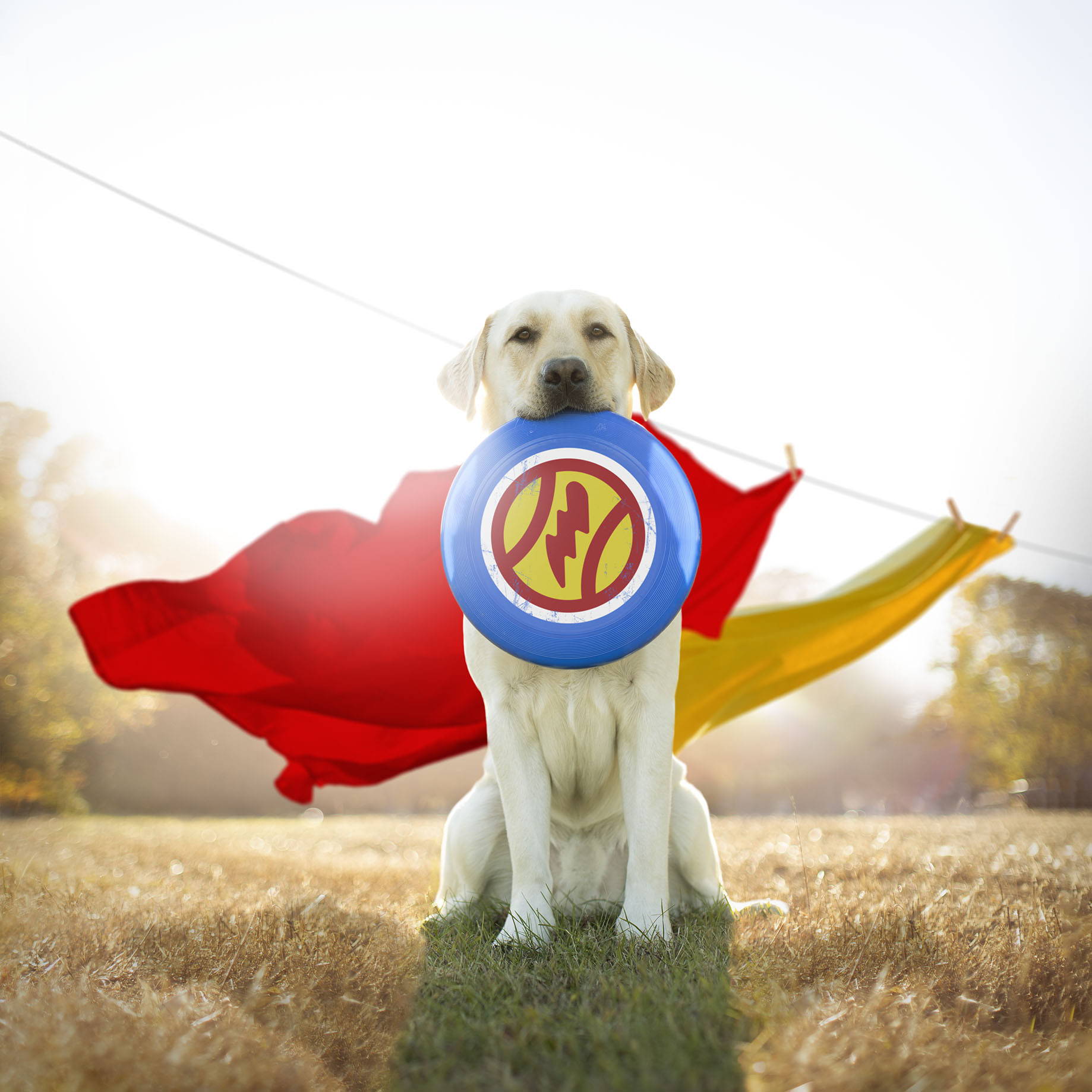 Faster than a tennis ball, able to leap onto a couch in a single bound.

I love a good superhero movie so the thought came to me that I should create my own kind of superhero - in dog form. In doodling around with the concept, I wanted the image to be colorful but to look natural – meaning I didn’t want to put an actual cape or a mask on a dog. I wanted it to be subtle versus silly.

In thinking of ways to be subtle, I began with the cape. I turned to items that you would find outside and came upon the idea of using brightly colored sheets or towels on a laundry line. To give the sheets the appearance of flying, they needed to be blowing in the wind. How to do this? See below… 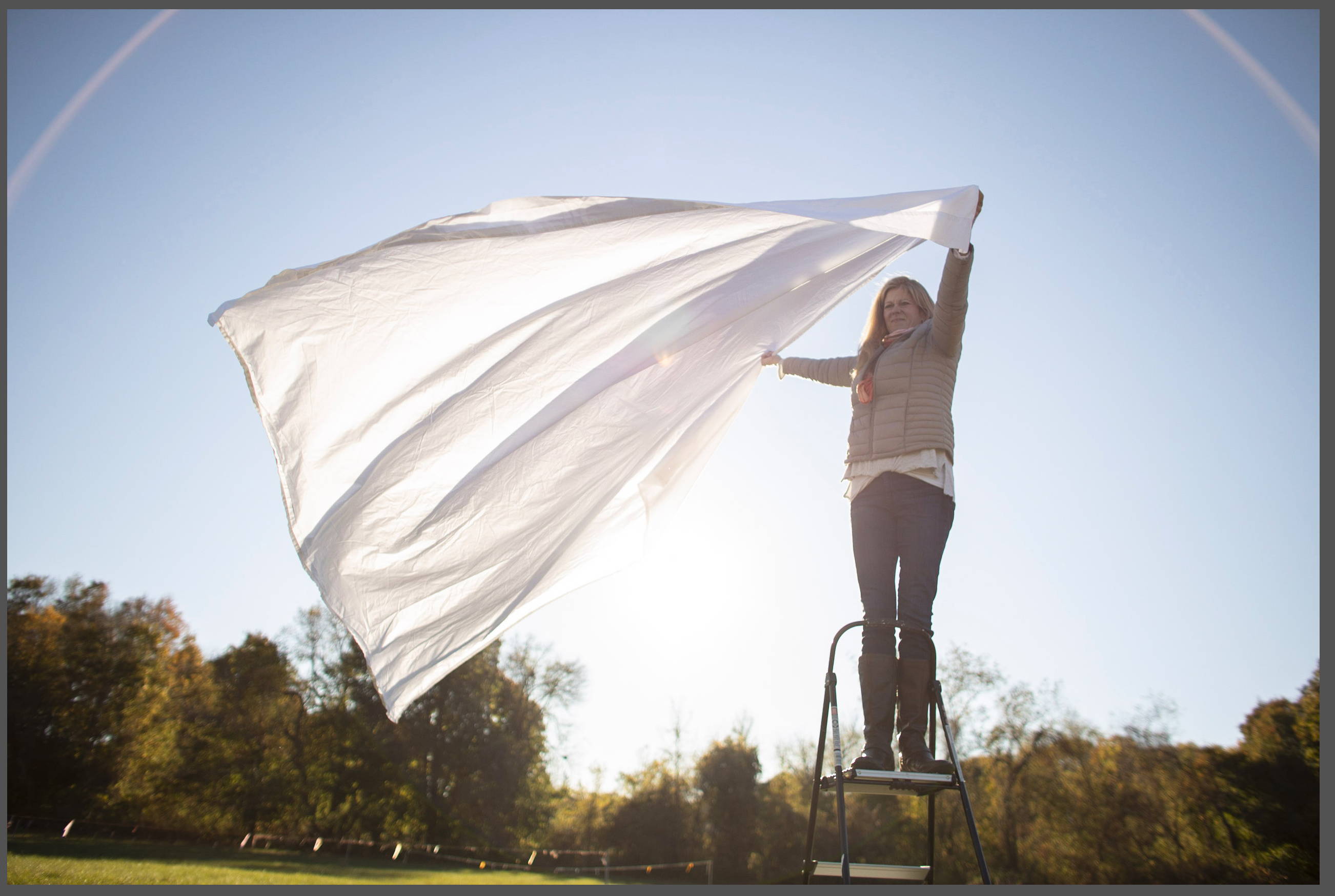 It's all in the details!

The next subtle element of the photo would be the logo and designing what that logo would be on. Again, I wanted it to look natural – not something emblazoned on a t-shirt that I had to squeeze a dog into. It came down to three options – a tennis ball, a stick, or a frisbee. I settled on the idea of the frisbee because I could make it any color I wanted and the shape would nicely show the superhero’s logo. Using a color pallet of blue, red, and yellows, I came up with a simple bolt design as the logo.

The final element was the model. For this shot, we used Atticus. Atticus is brother to Scout, another lab we use often for my projects. Atticus, like his brother, is a well-trained hunting dog who can hold almost anything. I wasn’t sure how Atticus would hold the frisbee, but, like a true pro, after a few tries, he held it perfectly and I was able to get shot. 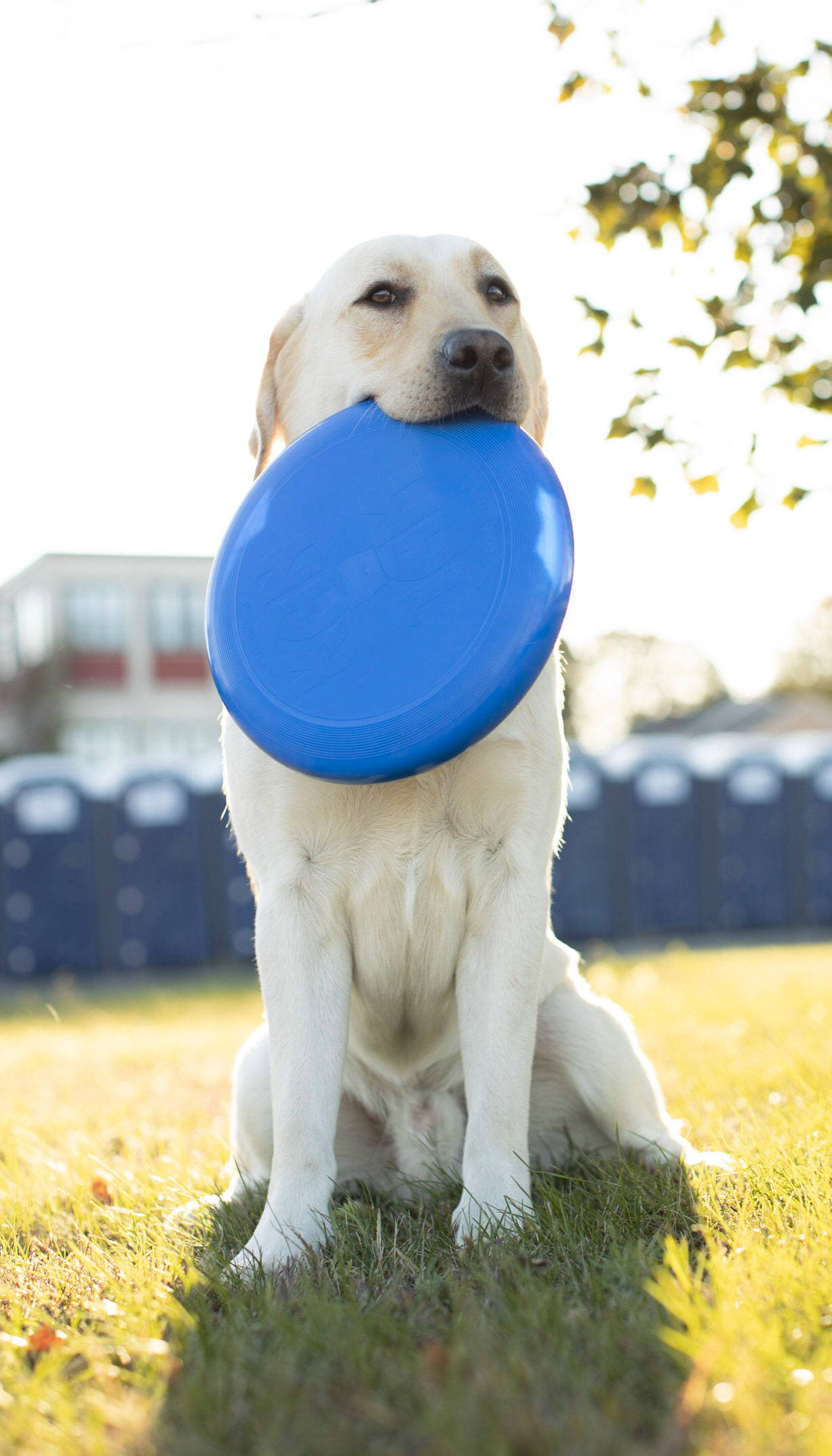 All of these photo elements were then edited in post-production using Photoshop and my concept bounded into reality on my screen. I really love how this image came out – as well as the deeper meaning behind it. Real-life superheroes are always among us if you just look close enough.

fetch me a beer